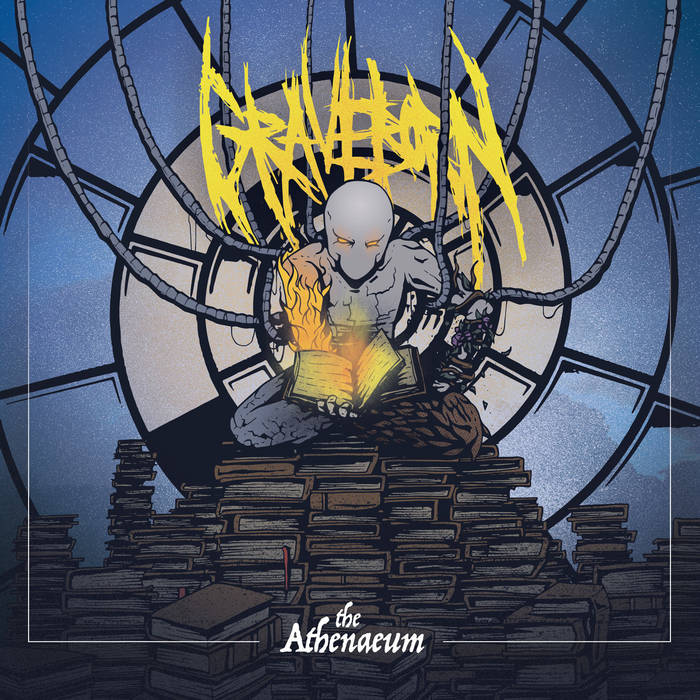 Jimmy McNulty Graveborn seems to have added some spacey Fallujah-esque flair to their already impressive take on deathcore. This album rules: it's brutal, classy, and progressive. Favorite track: The Watcher.

"...takes a couple of risks and ends up sounding completely fresh for a genre of music that seems kind of stale. I’m sorry if I’m talking bad about your favorite genre, I really am, it’s not meant to be an insult… deathcore just isn’t my thing and so many of the acts sound similar. But Graveborn fixes that issue...This is the kind of songwriting that breathes tons of life into the genre!" - Toilet Ov Hell

"In a number of ways, this album is quite refreshing. This is Deathcore music driven outside the norm on the premise of songwriting as opposed to peddling the same old breakdowns along a tired formula. There’s creativity matched with an amalgamation of the sub-genre’s best elements and some entirely different sounds on this record...Graveborn is a band that’s not afraid to sidestep the standards and they show some considerable strides in doing so." - The Circle Pit

"The Athenaeum is a challenging album, and also electrifying. It’s unconventional, and it transforms death metal into something transfixing and novel. It certainly fits into the wider order of death metal, resides in the familia of technical death metal, and you could rightly situate it in the genus of progressive technical death metal too. Still, it’s the species that’s most interesting. There’s imaginative (and murderous) musicality here that would easily occupy space in the avant-garde metal realms. Ultimately, the fact that it’s necessary to debate how to best to describe Graveborn proves just how innovative is the band’s approach to death metal. [It's] a forward-thinking album to savor over time...That’s why The Athenaeum is one of the very best death metal albums you’ll hear in 2018 " -Rocking Charts

"...the band’s overall sound is right in my wheel house of technical, tight, and aggressive death metal / deathcore. Upon first listen I was sold, and I immediately devoured “The Athenaeum” again. I was greeted by a band that seemed content making their own rules, traversing the slippery slope of sub genre alphabet soup and doing it with style. At times mind-numbingly complex, and at others focused on speed and aggression, they made metal that is forward thinking and diverse, while still being unapologetically heavy." - Guitar Sphere

Bandcamp Daily  your guide to the world of Bandcamp

Featured sounds by K.Spark and WIZDUMB, plus Basi joins the show to discuss his latest release.